It started with the vision of an autonomous tamping machine

It started with the vision of an autonomous tamping machine

Challenge
The completely automatic detection of the track with a large number of design variants and tamping obstacles, complex analysis, evaluation and conversion into precise instructions for the control of the lifting, lining and tamping process - all “live” in real time.

Benefits
“PlasserSmartTamping – The Assistant” makes work much easier for the machine operator during turnout tamping.
The machine operating company benefits from lower staff costs as the tamping cab can remain unoccupied. In future, it will be possible to have more economical machines as the tamping cab will no longer be required.
The infrastructure operator benefits from a constant and documented quality of the tamping because all tamping processes can be recorded by recording the tamping unit settings, and this can be shown in an acceptance certificate.

is a model for implementing project and product management, in particular for agile software development in small teams. Scrum has only a few rules, the approach is empirical, incremental and iterative. It is based on the experience that many development projects are too complex to be captured in a fully detailed project plan. A large project is developed in several smaller parts. One starts with the most important parts and deals with the less important ones later. In Scrum, planning is developed iteratively and incrementally as is the product. The long-term plan is continuously refined and improved.

The possibilities of data processing and automation of work processes create new opportunities for the solution of future challenges. The potential of increasingly digitised daily work motivates us to reconsider the familiar and to develop new solutions for future applications. The quality and safety requirements require increasingly complex systems and at the same time the availability of specialist staff is falling. One response to coping with all these challenges is the implementation of automated systems. Plasser & Theurer has taken on this task and developed a turnout tamping assistance system in barely three years from idea to delivery. Peter Wimmer, developer at Plasser & Theurer, talks in an interview about challenges, experience and opportunities.

How and when did the development start?

In 2015 we started with the idea of automating a tamping machine. At this point, this was still a completely abstract idea. During the initial months, the focus was on the development of fundamental evaluation algorithms. The recognition of rails and sleepers as well as ballast in the data recorded by the laser scanner was, for example, one concern. This fundamental research work quickly resulted in initial successes, and the idea of a turnout tamping assistance system no longer appeared to be just a vision, but became increasingly tangible. In mid-2016 it was finally decided to further step up development and create a product within a year.

How does one automate the work sequence in machine operation?

For our young and quickly growing developer team, the assistance system was a big challenge with which we broke new ground with regard to the software. For example, it is a special feature of the system that it can cope with different turnout types without a separate program code having to be written for each variant. Therefore, the algorithms can control the tamping units on the basis of a universally valid set of rules. The system must be able to recognise a very large number of variants of tamping obstacles and this in all weathers and under non-optimum conditions, such as plant growth on the track.

The turnout tamping assistance system “PlasserSmartTamping – The Assistant” by Plasser & Theurer helps the operator to manage the operational systems of the machine and represents a major step towards the automation of tamping machines.

Which methods were used?

Manually programmed algorithms quickly reach their limit for such a complex system and would be much too difficult and thus unmanageable. The solution was a neural network which after a training phase with example data learned to classify similar, but not identical, objects correctly. In addition to the technical aspect, another factor for the success was the organisational aspect. Here we struck out on new paths: Scrum as the project management method offered an agile development process. Thus we were able to quickly react to feedback and new findings.

How is a new software development brought onto the track?

Field tests are expensive and time-consuming since a machine with operator and a turnout must be available. We therefore decided at an early stage to use our well-known training simulator for this purpose, too. The P-IC controller controls a simulated 3D model of the machine. We did without a simulation of the cab and its operating elements, which are part of the training simulator, in favour of a compact solution suitable for an office. The simulator was a great help during the development work as it was now possible to test newly developed functions under approximately real conditions directly in the office without losing valuable time by organising time-consuming field tests.

Are practical experiences, i.e. from a “real” track, incorporated?

Obviously, tests with machines take place regularly in addition to the simulator tests. The first laser scans, for example, were recorded with a grinding trailer. Meanwhile we have made a major step forward with a separate machine being available for field tests. When this machine - the Unimat 09-4x4/4S E³ - was built, all mechanical and control requirements for the turnout tamping assistance system were taken into account. From the start, there was a lively exchange between all departments. Control Technology in particular, again and again had good suggestions and advice for the development team. Practical experience, too, has been incorporated into development in the form of extensive feedback from our machine operators. The development would not have been possible without the know-how of the other technical departments.

Has the new system already proven itself in operation?

In October 2016, the controller of the lifting and lining unit with the assistance system was tested on a tamping machine, the Unimat 09-475/4S N-Dynamic, under real conditions for the first time. At the time, it was already possible to see the great potential of this development. A bit later, at iaf 2017, the same machine was again a focal point. At the world premiere, the assistance system was presented to the experts and the tamping machine was tamping a turnout completely automatically, only supervised by one machine operator. This was a really ambitious target, but we met it - and in such a short development time.

What are the next milestones?

The next step is the implementation of the system at customers. In December 2018, the first machine with the turnout tamping assistance system - a Unimat Combi 08-275 - was delivered to a customer. The assistance system will be introduced gradually within the scope of a development partnership. Valuable experience from practical use will be fed back to us so that the system can be optimised further. The potential and the interest in the implementation of further turnout tamping assistance systems is great and we, as the developer team, are proud to be responsible for this.

Which other applications could also be considered?

Looking back, we have achieved a lot in only three years and have got a lot right. Although numerous assistance systems are already helping the machine operator, the development continues towards machines working partially autonomously.

Following on from the assistance with turnouts, we want to move towards track maintenance with obstacle detection. In future, we would like additional sensors to also recognise sleepers and obstacles covered by ballast. In addition, we are working on concepts for the automation of other units. Our clear vision is for the development of a machine working completely autonomously. 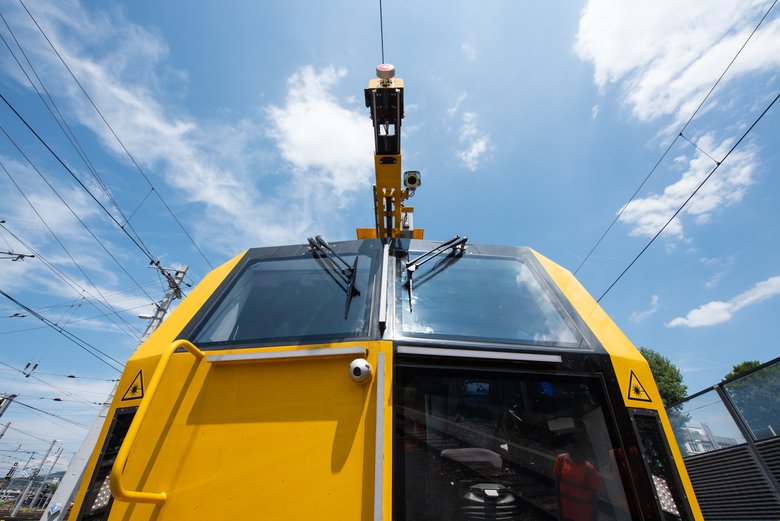 Machines that attend school? What might sound like science fiction, has become a reality at Plasser & Theurer. Our development team is working on a 3D scan based sensor system, training it to take autonomous decisions. The method applied: deep learning. 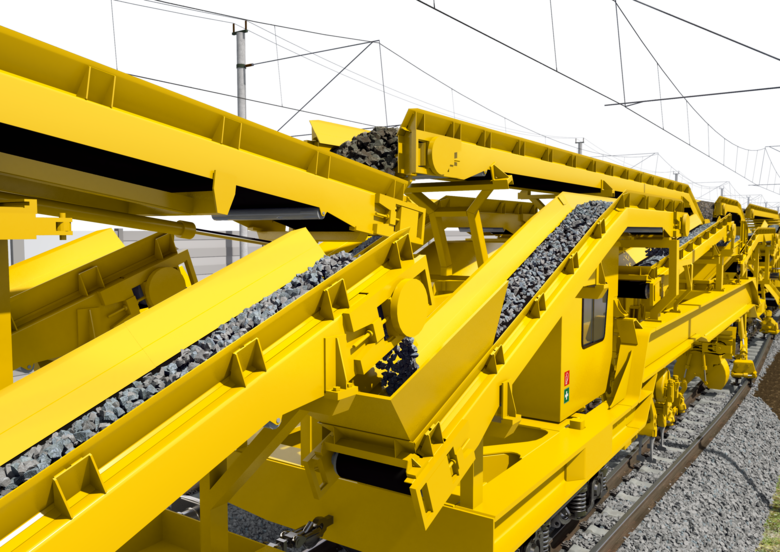 For testing the control system embedded in a machine, you need no longer wait for the machine to be built. Thanks to the Hardware in the Loop method, you can start with the first function tests directly after design is completed. 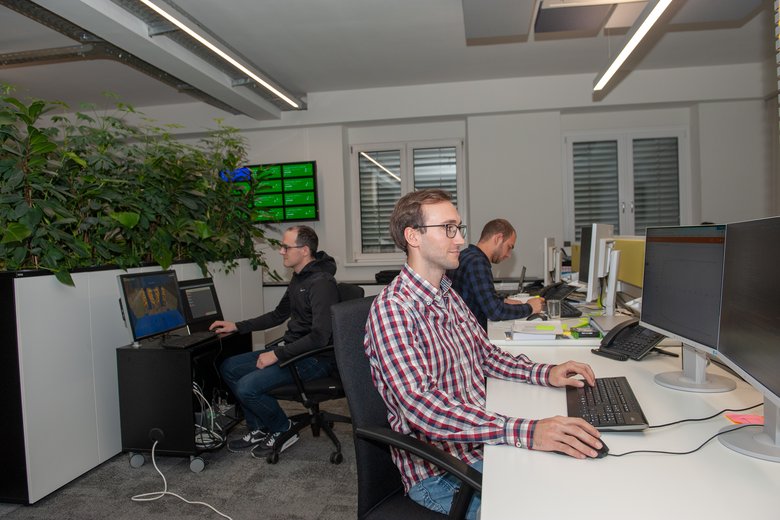 How does a track maintenance machine think? 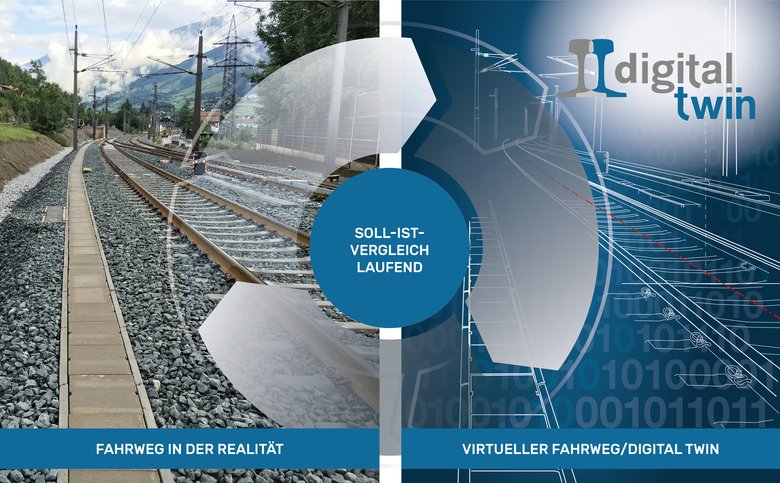 In the age of 4.0, the digital transformation poses great challenges to the railway: both the users’ need for mobility and the operators’ opportunities to manage the track have changed. The digital revolution changes the order of things, requiring us to rethink and change the way we work.

As the world’s resources become scarcer and climate change poses an ever-increasing threat, the future of Europe lies in embracing sustainable development strategies and investing in sustainable solutions to meet its long-term challenges.